We work with a large and growing number of credit unions considered best practices when it comes to serving lower-income and underserved communities. These credit unions are inspiring, and have each built resilient and profitable business models closely aligned with the credit union standard – “people helping people.” We’ve learned a lot from these best practices, and one of the most rewarding things we get to do is help credit unions design their own successful model for serving the underserved.

We frequently hear false ideas or beliefs when it comes to credit unions serving lower-income and underserved communities.  The myths that follow aren’t ranked in the order of frequency we hear them – they are equally limited, in fact:

1. It’s not sustainable – The simple truth is the highest-performing (loan, member, income) credit unions we interact with are experts at serving and lending to lower-income and underserved markets.  The business model is simple: higher loan yields and fee income offset higher operating and provision expenses. Even when prudently risk-priced, loan and fee rates are significantly lower than the competition. Consider a credit union that refinances a member loan financed at a “Buy Here, Pay Here” car lot at 30 percent interest, lowering the rate to 15 percent. In the member’s mind, the credit union is a hero, and the credit union has a high net margin on a loan.

2. All credit-challenged consumers are deadbeats – Half of the consumers live paycheck-to-paycheck. This explains why approximately half of all consumers have less than prime credit. Good people (lots of good people) live paycheck-to-paycheck, and when they budget this way, the likelihood they’ll have credit dings is high. This group of people needs a credit union to listen, provide good advice, and provide credit.  Credit union leaders miss the boat when they overlook credit-challenged members. Consider: if half of the population has less then prime credit and your lending strategy is 90-percent focused on prime-only, you’ve effectively excluded half the population from your target market.  That makes competing even harder.

3. It’s illegal to serve non-citizens – the U.S.A. Patriot Act does not prohibit credit unions from transacting business or lending to non-citizens. Smart credit union leaders who have identified emerging minority or immigrant communities within their field of membership have identified ways to reach out and serve these markets. What they’ve learned is that these consumers really need a credit union. Usually, it’s very difficult to find a mainstream financial institution that will serve non-citizens and almost impossible to find affordable access to transportation so they can get to and from work.  Our clients that serve these markets will tell you there is very high loyalty among this group, high referrals, better loan yields, less than expected loan losses, and – most importantly – these leaders realize they are making a huge impact in the lives of these members and the communities they live in. Finally, those sitting on the fence about serving non-citizens should refresh their knowledge of credit union history. Over the years, many credit unions have been chartered specifically to serve non-citizens. 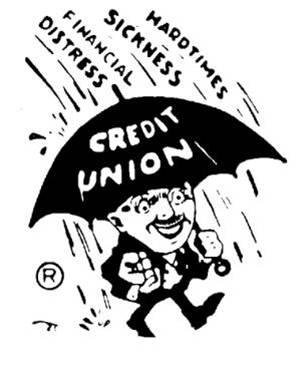 5. It’s too risky. Examiners won’t approve – Because I’ve had the opportunity to work with so many credit unions actively lending to lower-income and underserved consumers, I’m aware of the extra oversight required when a credit union increases its perceived risk level. It’s true there are examiners who aren’t initially comfortable with an underserved lending model. But – and it’s a big “but” – examiners don’t lead your credit union. Like any other strategy a credit union pursues, it must have a well-defined plan that outlines how the credit union will execute the strategy, mitigate risk, and demonstrate that the strategy is congruent with the credit union’s strategic priorities.  I find that this is what examiners expect. They don’t expect that a credit union will not take any risk. We are in the risk-taking business.

6. We must be branded a “low-income” credit union – I cringe when a credit union leader asks if they must use the LID they’ve received from the NCUA. They don’t want to be known as “the low-income credit union.”  The irony here is that the reason their credit union received the unsolicited NCUA designation is because it’s who their existing members are! These are the hardworking men and women they proudly serve.  Frequently, credit union leaders’ picture people living in a van down by the river when they think of low-income. Smart credit union leaders embrace their low-income designation. They understand the regulatory benefits that come with the designation.  They use it for NCUA grants, secondary capital to leverage future growth, or to expand business lending. They also use it to better understand the members they serve and the opportunities for growth within the underserved community. Approximately half of all credit unions have been designated “low-income.”

7. It’s charity work – Anyone who has spent any amount of time in the credit union space has heard, “Not for profit, not for charity, but for service.”  Serving lower-income and underserved communities is not charity work. Charity is defined as the voluntary giving of help, typically in the form of money, to those in need.  While it’s true that credit unions serving underserved groups do voluntarily give help, it’s not in the form of free money directly to the member. Prudent credit union lenders would never make a loan to anyone they didn’t believe had the intent or capacity to pay the credit union back. It’s not charity.  But that loan or checking account is a valuable service. Consider the impact affordable access to transportation (think used auto loan) has for someone who is income-, credit- or otherwise challenged. That’s the level of impact that changes lives. And while we’re “not for profit” either, the result of serving underserved communities is higher net margins and loan growth that result in a strong bottom line to ensure long-term sustainability.

Frankly, I believe credit unions are collectively screwed without a social-purpose brand.  Serving lower-income and underserved consumers isn’t for everyone.  It doesn’t need to be for everyone, but I think it’s important that collectively we remember why credit unions were originally chartered, and that today it may be what makes our space the most relevant.  Honestly, I don’t see people lined up at our front doors begging for our technology. I don’t see people lined up eager to be part of a cooperative. But I do see lower-income and underserved consumers lining up in droves to be helped by credit unions with the desire and business plan to serve them.  This is relevance, and isn’t that what we are all after?

Hi, of course this paragraph is truly nice and I have learned
lot of things from it about blogging. thanks.

Here is my site: special